The imagination of the human being has no limits. Neither does the patience, perseverance and hard work involved in repeating processes over and over again to innovate and create new things. Contrary to what many people think… Not everything is invented!

Do you remember that in the last article we were talking about the Instructables website? Well, one of its users, Johan Lin, a 19 year old Swiss young man has invented a funny platform, in which of course, he has made use of Arduino!

It is a very simple and elegant PIB stabilization system. It is a platform with three PID controllers (proportional, integral and derivative initials) that keeps a ping-pong ball in balance with great skill.

The arm with what looks like a lamp or bulb is actually a webcam that films the images, which are then analyzed to calculate the exact position of the ball using a Python program. The PID controller then compensates for the movements to try and keep the ball in the desired place – either the centre or in a circular motion – quite successfully.

These types of controllers are used in industry in everything from cruise control in cars to heaters and the like. They work by calculating deviations or errors. Their algorithm calculates the past errors, the current one and predicts the future ones to act accordingly, something that is very useful especially in environments where it is not easy to guess the equations that govern the movements or if disturbances occur.

In the video you can see how it works. Isn’t it great?

What possible uses can you think of for this? 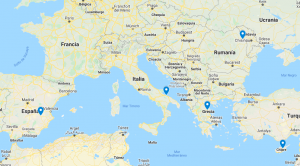 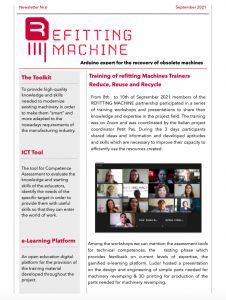